This week I spent two days in London at The Internet World Expo, and attended a seminar on Blogging and Twitter for B2B hosted by B2B Marketing. It’s fair to say that those two days absolutely gave food for thought. In this post I will try summarise my main lessons learned.

Sometimes especially smaller B2B companies might not be mentioned at all on the web. The lesson stands regardless; companies should map out what people are saying where, even though they might say nothing at all. A good starting point could be howsociable.com.

The next step is to act upon what people are saying; proceed, but proceed with care. One doesn’t necessarily need to respond to criticism, but one could use it to improve products and/or services.

David Burnand (@davidburnand) put some food for thought on Twitter though; “Lesson of the day: Fortune favours the brave if you are a B2B brand on Twitter and other social media: so engage!”

The ROI on social media is not always quantifiable, especially not in B2B. If you want to raise awareness, sure one could measure both increase in quantity (visitors) and quality (pageviews and bounce rate).

Just like no one measures the ROI on a telephone call or ROI on the time spent with a business partner for a pint, everything in social media can’t be measured; focus on the bottom line.

Which brings leads up to the last lesson of this blog post; social media is social. The new era of connectedness is not about technology, it is about relationships and people. Companies should be honest, transparent, and authentic. At the same time; be interesting and don’t say anything stupid.

But companies shouldn’t be too afraid to make mistakes. Even though social media has caused some stir, these are the odd exceptions. Companies shouldn’t be afraid to engage in social media because they’re afraid the shit might hit the fan. Being too cautious might be the roadblock to success; if companies e.g. only posts their press releases and doesn’t engage in conversations on Twitter, no one would even take notice.

Did you attend The Internet World Expo or the B2B Marketing Seminar on Blogging and Twitter for B2B? What are your lessons learned? 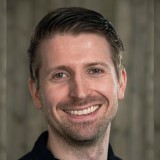 I attended the B2B seminar and came out with much the same. However, Melanie Season’s from OnlineFire gave us another good tip – Don’t be too self-serving. Along the same vein, David Burband showed us a Tweeter acting as a spokesperson for their company with a very me, me, me attitude. It became very clear to me that Twitter is not about status updates, it’s about finding your target market and getting involved in their conversations.
I took so much out of that seminar, much thanks to B2B and Jenson’s blog has done a fine job of summarising the salient points!!

Thank you! Interesting point you make there Emily, regarding Padmasree, the CTO of Cisco who is tweeting at http://twitter.com/Padmasree. I gave that a lot of thought meself – and in terms of social media for B2B and Cisco she might not use the channel to it’s full potential.

I don’t know her (or Cisco’s) objective for her tweets, but social media in the consumer(/personal) space is much about braggadocian behaviour (“it’s all about me me me!”), as Erik Qualman puts in the book of Socialonomics. Padmasree has a strong personal brand, and with over 1.4 million followers and on that basis alone I’d say she’s doing a good job on Twitter. Even though she is the CTO of Cisco it is not to say that she can’t build and enhance her personal brand through Twitter like many other people do.

There is a great variety of how people use Twitter, some use it solely to give a company a presence in the social media sphere, others to help enhance their employers brand whilst some of us use it for networking, or other personal (and maybe trivial) reasons. In my opinion, giving her critique for not utilising her Twitter account in the best interest of Cisco is a bit like giving critique to a Ferrari or a Porsche for not having a large rear trunk suitable for a car holiday with the family.